by Ryan Ruffatti & Rich A Molinelli 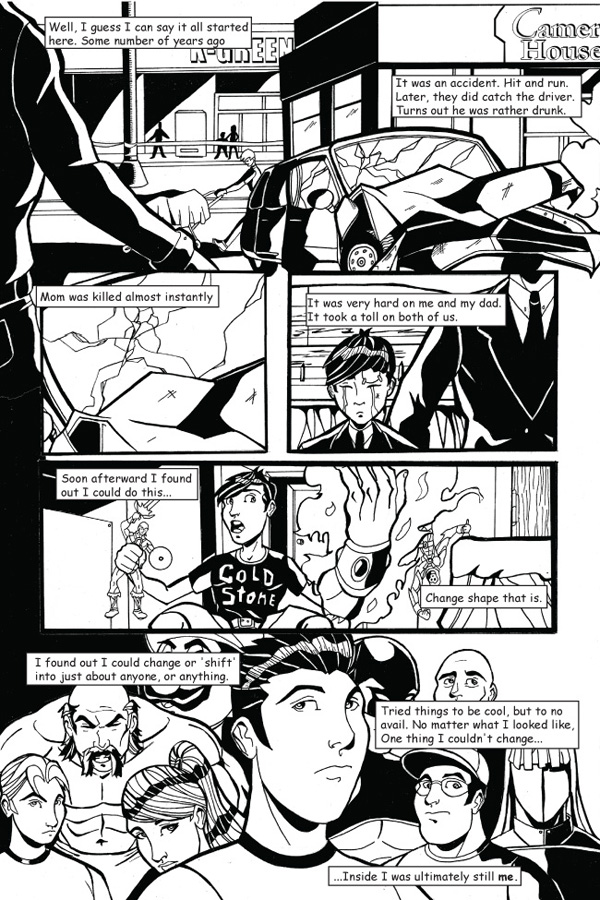 Shift was my first major comic I wrote. Previous to this, I mostly wrote comic strips for newspapers that I illustrated. This was my big step into longer form storytelling. Following the story if an isolated shape shifter that discovers that he can change a lot more than himself. An evil industrialist wants Charlie as part of a larger plan, and must collect the other few people in the world with powers. It was my first story and early 2000’s. It feels rote and ovr thought in hindsight, but I had a lot of fun with the story.

I had a great time working with Rich Molinelli on this story. He really added a lot to the story with his visuals running with some of the more fun aspects of the story and helping it sit in a world of more heightened reality.

Rich and I worked on 2 issues that I self-published. Currently the story is out of print with little possibility of reprinting it. But it was a great experience that taught me alot. I brought those lessons forward in my other work.