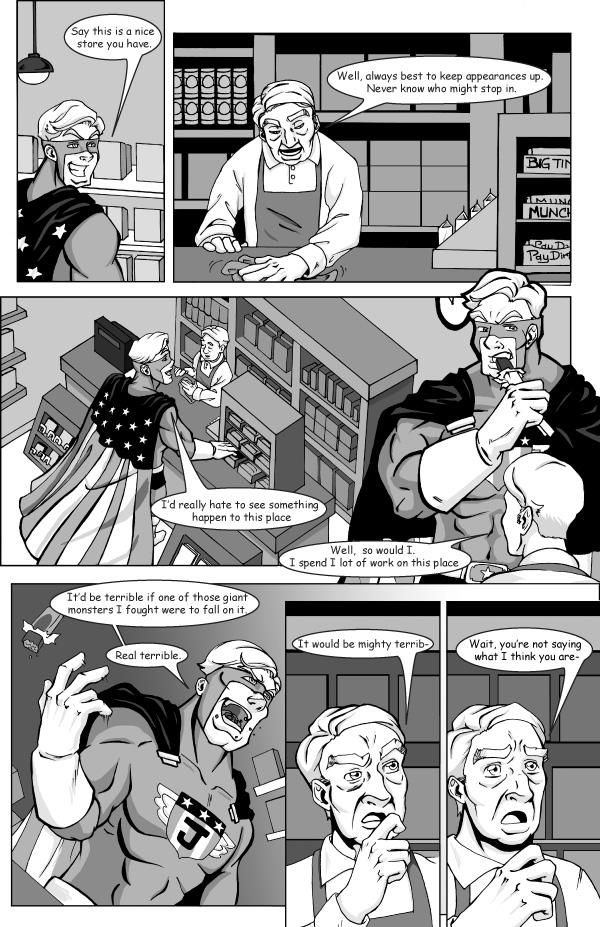 Liberty & Justice is the story of a father/daughter superhero team. The father has succumbed to corruption and it’s up to his daughter, Liberty, to stand up to him.

I had the idea for this short story a few years back. While I’m not exactly a history buff, I thought of playing with a little of the spirit of McCarthyism would be an interesting place to work from. Especially with the way the internet can work sometimes becoming an echo chamber at times. This idea of weaponizing media has only became more relevant over time.

Once I had it scripted I was thankfully able to to team up with the talented Betsy Luntao for the illustration of the story. Be sure to visit her site and support her current projects. I cannot express how happy I was to see her attention to detail on this project. The time she spent on the decoration and detail of the backgrounds really makes the world feel whole and lived in for me.

In the print version of the story that I had previously distributed, I do talk about continuing the story. I’ve heard from many people interested in that prospect and it would be fun to explore their world more. Unfortunately Betsy is quite busy and I have moved on to to create other projects. But This would be a nice idea to revisit some day.

This comic is currently out of print, but I am currently working on making it available.